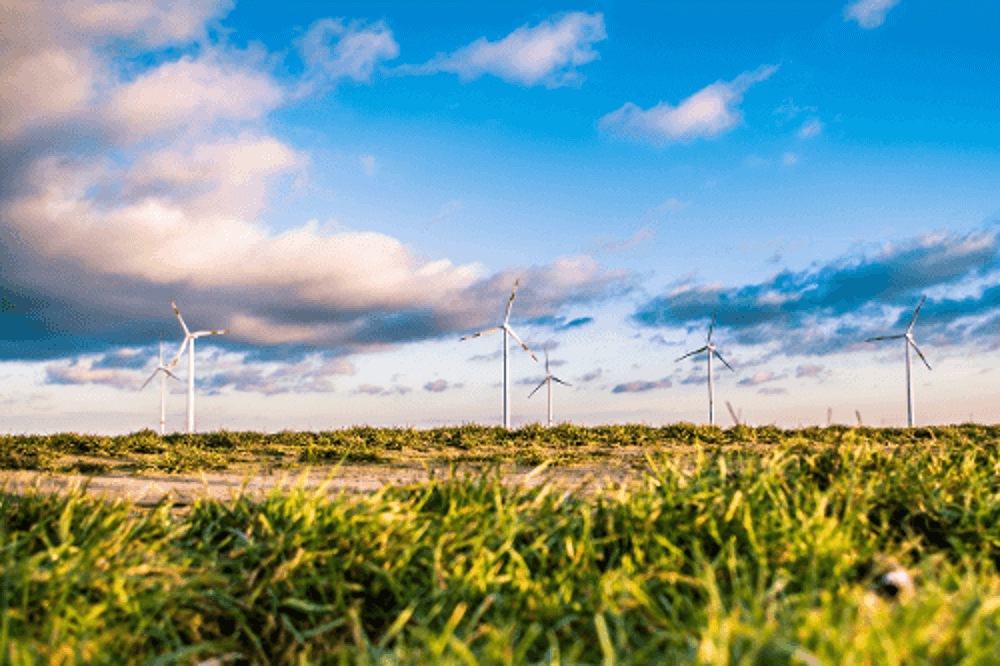 Today, 89% of investors agree the inclusion of sustainability metrics is important in both annual and long-term executive incentive plans, while 88% of consumers will be more loyal to a company that supports social or environmental issues. Here’s a list of 17 companies that have linked executive pay to sustainability performance.

In 2013, Alcoa became one of the first companies to link executive pay to sustainability performance when it announced that 20% of executive cash compensation would be tied to its safety, environmental stewardship, and diversity goals.

Apple announced in January that it plans to increase or decrease executive bonuses by up to 10% depending on progress toward its ESG targets. Although the tech giant didn’t specify which metrics would be used, it recently unveiled a new net-zero commitment. Executive bonuses are likely to be linked to this goal. 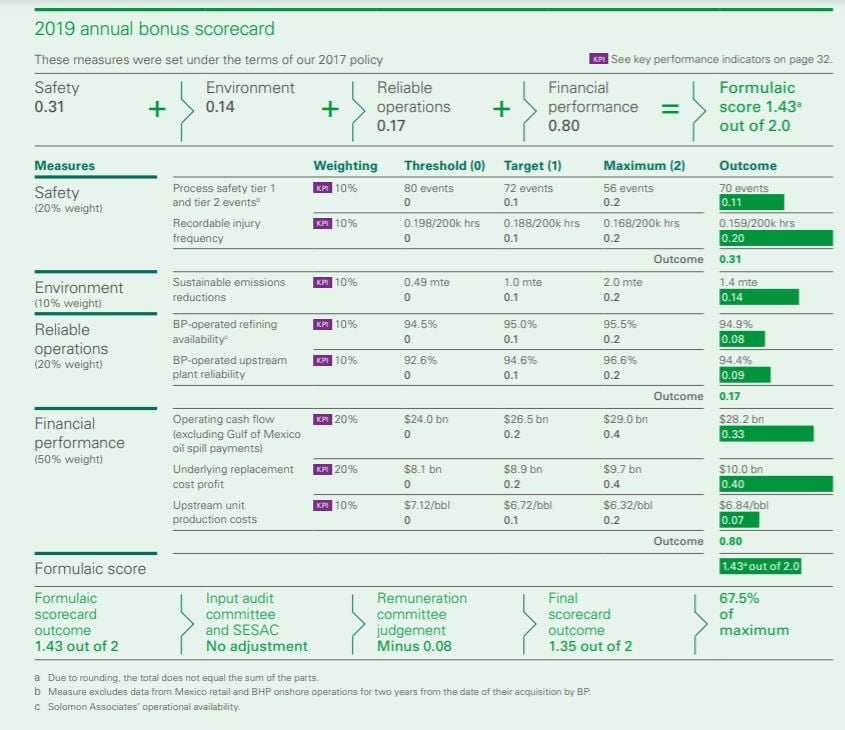 Chipotle Mexican Grill announced in March that it introduced a new metric that ties executive compensation to ESG goals. Going forward, 10% of officers’ annual incentive bonus will be linked to the company’s progress toward achieving its sustainability goals.

Clorox unveiled its new IGNITE plan in 2019, which integrates ambitious new ESG goals into its business strategy, among other things. The plan includes “compensation awards tied to elements of the ESG goals for members of the Clorox Executive Committee,” according to a Clorox news release.

World-leading food company Danone links 20% of its executives’ annual variable compensation to its social, societal, and environmental targets. Its long-term share awards are also based in part on Danone’s CDP Climate scores over three consecutive years. 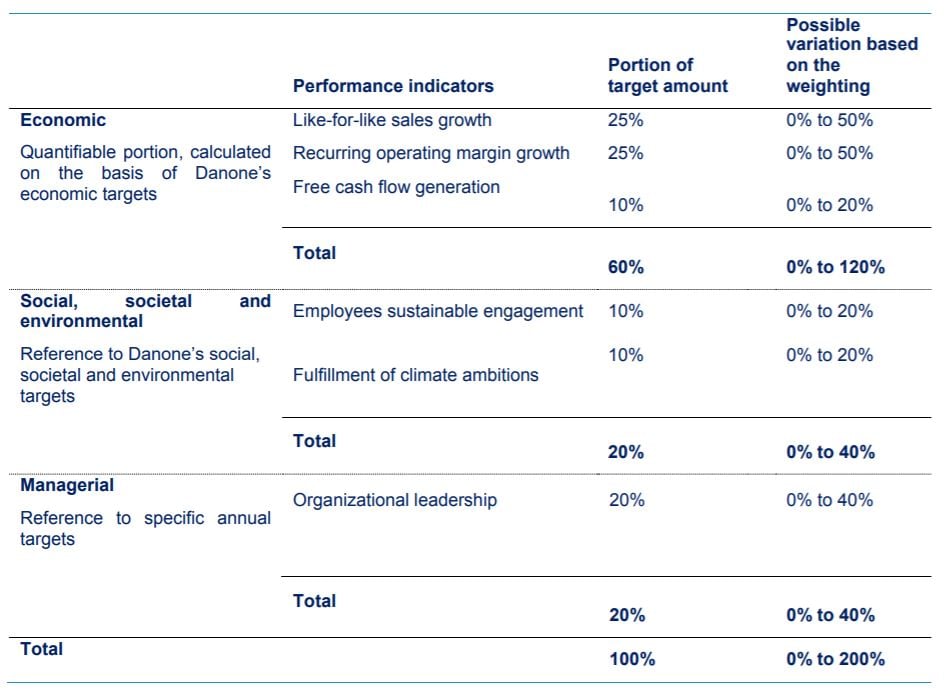 Source: Danone 2020 Compensation for the Chairman and Chief Executive

Intel ties short-term incentives for senior executives to its ESG performance. Likewise, the tech company has incorporated progress on its sustainability goals into its employee bonus program since 2008. These include goals related to diversity and inclusion, employee experience, climate change, and water stewardship.

Starting in 2021, McDonald’s will factor diversity goals into its executive bonuses. The fast food empire aims to reach gender parity in leadership by 2030, as well as increase the number of executives from underrepresented groups to 30% by 2025.

Since 2009, National Grid has tied executive compensation to performance on the company’s greenhouse gas (GHG) reduction goals. The electricity and gas utility made waves with its aggressive goal of slashing emissions by 80% by 2050.

Royal Dutch Shell announced in December 2018 that it would tie executive compensation to short-term carbon emissions targets starting in 2020. It was the first energy company to link executive pay to carbon emissions.

As part of Siemens’ management compensation system, 20% of stock awards are based on an internal ESG/Sustainability Index that revolves around three key performance indicators, including CO2 emissions. 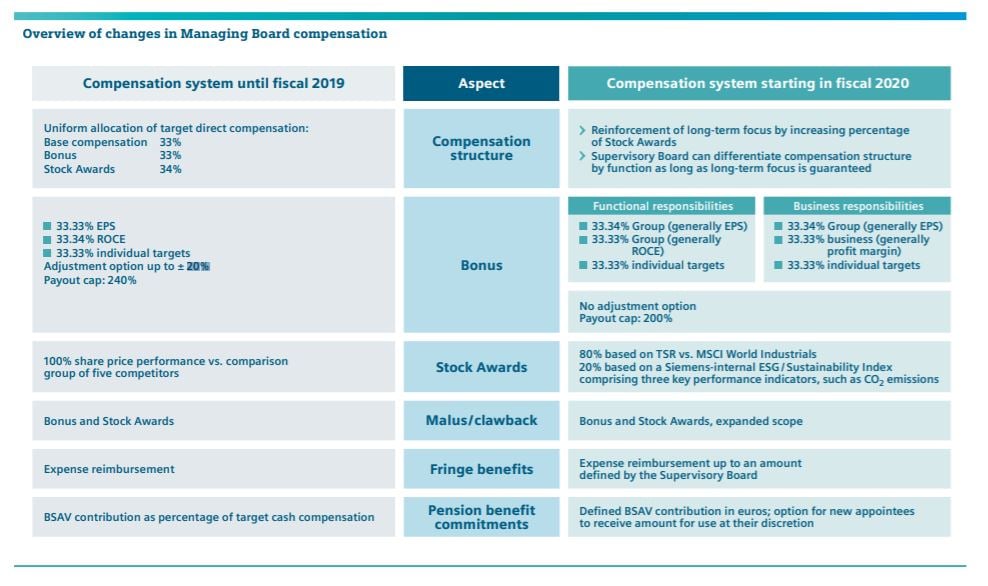 In an October 2020 letter to employees, Starbucks CEO Kevin Johnson said the company would “hold ourselves accountable at the highest levels of the organization” by connecting executive pay to the success of its inclusion and diversity efforts “effective immediately”. The company aims to increase BIPOC representation to at least 30% at the corporate level and 40% of all retail and manufacturing roles by 2025.

The energy company, which has a 25-year history of sustainability reporting, has developed a “robust governance structure” which includes executive remuneration tied to ESG performance. Since 2017, Suncor’s executive management team has included a chief sustainability officer.

Unilever, a sustainability leader, ties part of its CEO’s bonus to its ESG targets. The company made headlines in 2014 when its CEO, Paul Polman, received a $722,000 bonus for his work leading the company’s sustainability plan.

By linking executive pay to ESG performance, organizations can hold their leaders accountable and demonstrate to employees and customers that they take sustainability seriously. Investors, too, want to see executive compensation tied to ESG performance. (No surprise there, given that strong ESG performance is linked to higher shareholder returns.)

As ESG becomes more mainstream, we can expect to see more organizations following these companies’ lead and integrating social and environmental metrics into their executive compensation plans.

Next, learn about the difference between sustainability and ESG.