These 21 Companies Are Switching to Electric Vehicle Fleets 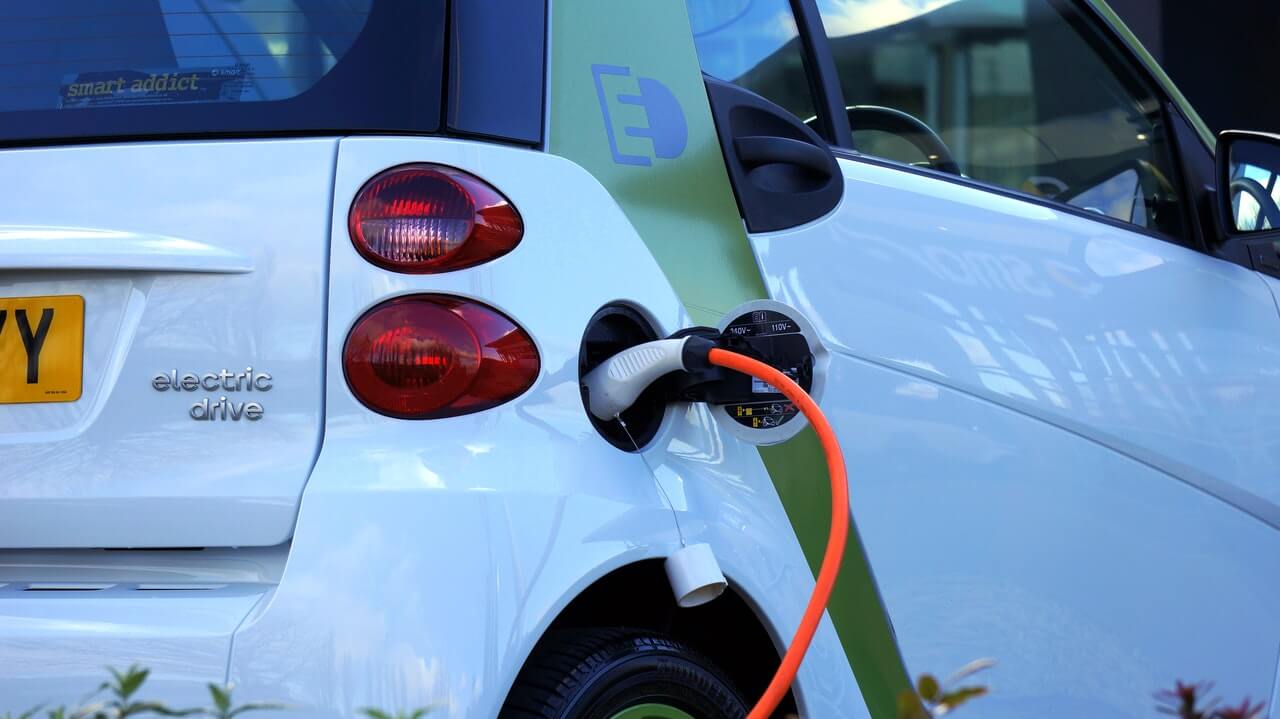 Next time an Amazon package arrives at your door or Waste Management picks up your trash, it could be in an electric vehicle.

Amazon and Waste Management are among dozens of companies rolling out electric vehicle fleets.

Fleet electrification offers a host of exciting benefits for corporations — not the least of which is their potential to reduce carbon emissions. Knowing this, it makes sense that we’re seeing more electric trucks and vans on the road.

So which companies are leading the charge? We’ve rounded up a list of 21 companies that have already made a commitment to fleet electrification or adopted electric vehicles.

This list represents companies in a wide variety of industries and some of the largest corporate fleets in the US, underscoring just how widespread the interest in electric vehicle fleets is.

As part of its Climate Pledge, Amazon plans to purchase 100,000 Rivian electric delivery vans and deliver 50% of shipments with net zero carbon by 2030. The custom vans, which can go up to 150 miles on a single charge, are starting to hit the road in cities like Los Angeles. AT&T has commited to be carbon neutral across its global operations by 2035. Thus far, the telecom company has reduced US ground fleet emissions by 332,658 metric tons of CO2e, or 38.4%, from its 2008 baseline. In addition to downsizing its fleet by more than 8,000 vehicles, four out of five new vehicles purchased since 2019 are hybrids.

If you look carefully, you might see Best Buy’s Geek Squad cruising around in hybrids. The electronics giant added 1,000 Toyota Prius C hybrids to its Geekmobile fleet in 2016 as part of its commitment to be carbon neutral across its operations by 2040.

Cemex has announced a plan to convert its fleet of company cars and vans to hybrid and electric models in Europe, Africa, and the Middle East. The cement giant will work with Volvo Construction Equipment and Volvo Trucks to create the first carbon-neutral fleet in the construction space.

In 2018, Clif Bar joined EV100 — a global initiative aimed at making electric transport the new normal by 2030. In addition to incentivizing employees to purchase electric vehicles and commuter bikes and installing EV charging for staff at all its facilities, Clif Bar will transition its fleet to all plug-in hybrid and electric vehicles by 2030.

At over 30,000 Xfinity vans, trucks, SUVs, and sedans, Comcast has one of the largest fleets in the country. The telecom giant is working to eliminate tailpipe emissions from its fleet, which account for 16% of its Scope 1 and 2 emissions. Comcast began introducing electric vehicles into its fleet starting in 2018 through an electric sedan pilot with Chevy Bolts.

Consumers Energy wants to encourage its customers to switch to electric vehicles, and it is leading by example. The Michigan-based utility plans to make 30% of its fleet — including all light-duty vehicle purchases — electric by 2030.

As part of its long-term commitment to zero emissions logistics by 2050, DHL plans to operate 70% of its first- and last-mile delivery services with clean transport modes by 2025. This includes electric delivery vans, as well as e-bikes and e-trikes. Around a fifth of DHL's delivery fleet is now zero emission vehicles, including 11,000 StreetScooter electric cargo vans.

Duke Energy currently has over 600 electric vehicles in its fleet, including over 220 on-road vehicles. By 2030, the utility plans to convert 100% of its light-duty vehicles to electric. It will also convert 50% of its medium-duty, heavy-duty, and off-road vehicles to EVs, hybrids, or other zero-carbon alternatives as these become available.

In 2010, Frito-Lay operated the largest number of all-electric vehicles in the US. The snack food company has continued to scale up its EV efforts since then. Earlier this year, it successfully cut fleet greenhouse gas emissions in half at its Modesto manufacturing plant by replacing all existing diesel-powered vehicles with zero-emission or “near-zero-emission” vehicles, including EVs. The plant will serve as a proof of concept for future projects.

In 2018, Genentech began operating 10 electric commuter buses — called GenenBuses — to shuttle employees to its San Francisco headquarters. The biotech company is now in the process of converting nearly half of its 60+ commuter buses to electric. In addition, Genentech has pledged to convert 100% of its 1,200-car sales fleet to electric or plug-in hybrid by 2030. 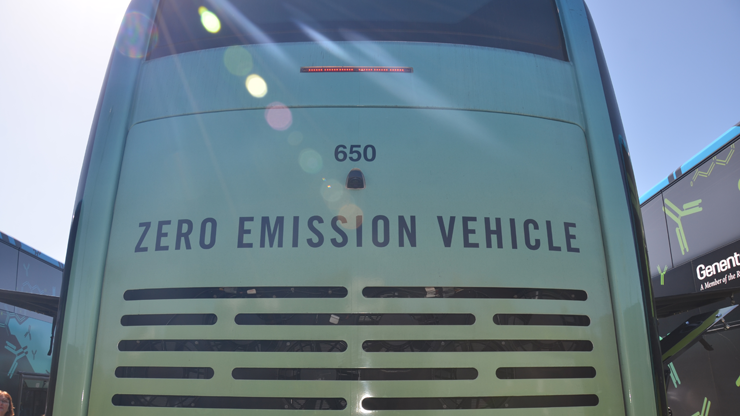 By 2035, all state departments will be required to use electric vehicles. HDOT is ahead of the game, with dozens of EVs already in its fleet of more than 350 cars. Its fleet electrification contract with Sustainability Partners allows HDOT and other state agencies to purchase EVs on a cost-per-mile basis, reducing the upfront cost of purchase.

London’s Heathrow Airport boasts the largest electric vehicle fleet in the UK. As of 2018, the chauffeur-driven fleet consisted of 50 all-electric Jaguar I-PACEs to support up to 1,000 EV trips to and from Heathrow each day. Electric vehicles are also being incorporated into other aspects of airside operations, including electric baggage tugs and ground support equipment.

In 2010, Hertz launched the first electric vehicle rental and car share program. New York, Washington, and DC were the first cities to have access to the EV rental program. Today, travelers around the world can rent one of Hertz’s all-electric or plug-in hybrids, including a Tesla Model S or Chevy Cruze.

As part of its commitment to become climate positive by 2030, IKEA has set a goal of 100% zero emission home deliveries by 2025. Today, the furniture retailer uses electric vehicles in 19 countries, and it has been testing new EV prototypes for its last-mile delivery services in New York City.

LeasePlan’s goal is to make it as easy as possible for its customers to adopt electric vehicles through its EV consultancy, leasing, and managed fleet services. It is leading the way by transitioning its own employee car fleet to electric starting in 2021. By 2030, LeasePlan aims to achieve net zero emissions from its global managed fleet.

Lime, a scooter and bike rental company, is committing to 100% zero-emissions operations fleet vehicles by 2030. The fleet, which is used to distribute its bikes and scooters, will be fully electric and charged with 100% renewable energy. It has already begun making the transition in some cities, like Paris, which was expected to be all-electric in Spring 2021.

PepsiCo deployed its first electric vehicles a decade ago. Today, the beverage giant is looking to scale by converting a large portion of its 27,000 trucks and vans to EVs in order to achieve carbon neutrality by 2040. Among other things, it has ordered 100 Tesla all-electric semis, 15 of which will be deployed by the end of 2021.

In 2012, Verizon teamed up with VIA Motors to develop a plug-in electric vehicle for use in Verizon’s fleet. Although it’s not clear how many of its 24,000 fleet vehicles today are hybrids, we do know that Verizon had around 300 electric vans on the road as of 2018.

Waste Management’s fleet includes over 17,000 collection vehicles. The disposal company has made significant progress toward reducing emissions from its fleet by converting nearly 9,000 of its trucks to natural gas — nearly 40% of which comes from its own and third-party landfills. Now it is taking things a step further by adding its first electric collection truck in 2020. 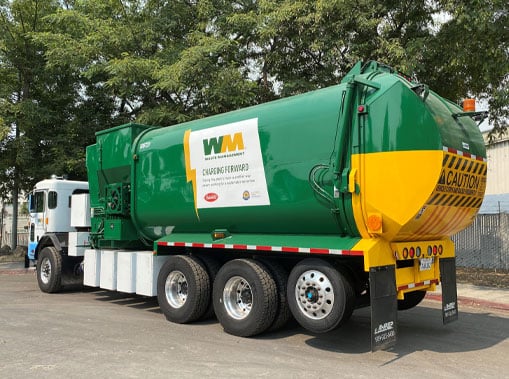 These are just a handful of the companies already transitioning to electric fleets, and more are making the switch every day.

In response, automakers are ramping up development of commercial EVs. The 2022 Ford F-150 Lightning Pro, for example, is a full-size electric pickup truck built for fleet and commercial customers.

As the demand for commercial EVs vehicles grows, it will likely drive costs down and encourage automakers to develop even better, more efficient electric trucks and vans. We’ll likely also see more support for policies that advance vehicle electrification, including tax incentives, charging infrastructure, and grid improvements — making it even more appealing for companies to green up their fleets.

Perillon offers a carbon management software that allows companies to track and report on emissions from any source, including corporate fleets. Request a demo today!