25 Books Every Sustainability Professional Should Read 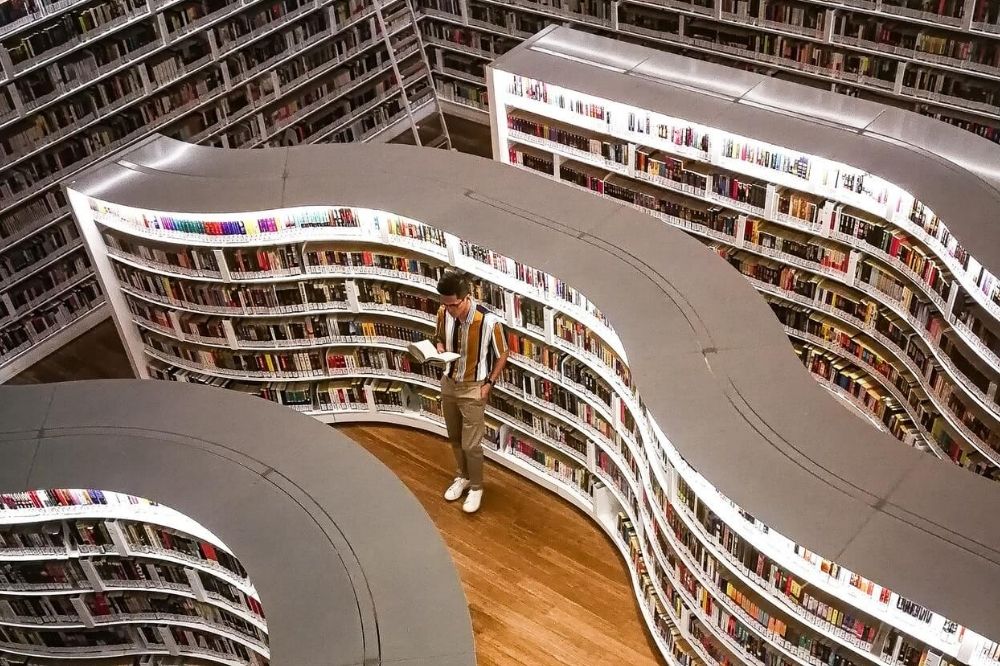 It’s not something you study for 4 years in college and master forever — you have to constantly devote yourself to advancing your skills.

Reading books is a great way to learn more about your field, as well as keep up with new trends and developments.

With that in mind, we’ve rounded up a list of 25 must-read books for sustainability professionals based on reviews, feedback from experts in the field, and a few from our own bookshelves.

Cradle to Cradle: Remaking the Way We Make Things is a must-read for anyone in the manufacturing industry. Authors William McDonough and Michael Braungart turn the “cradle to grave” approach on its head, challenging the notion that industry must inevitably do harm to the natural world.

In Doughnut Economics: Seven Ways to Think Like a 21st-Century Economist, “renegade economist” Kate Raworth offers a radical new perspective on global development, government policy, and corporate strategy — one that addresses the social and ecological challenges of our time. You don’t have to be an economist to appreciate this refreshing book, which was voted a Financial Times "Best Book of 2017: Economics” the year it was released.

“Drawdown” refers to the point in the future when levels of greenhouse gases in the atmosphere stop climbing and start to decline, putting an end to climate change. This New York Times bestseller proposes a list of 100 potential solutions for getting there, and ranks them by their potential to reverse global warming.

Green Giants examines nine companies — including Chipotle, General Electric, and Unilever — who have turned sustainability into billion-dollar businesses. Through research, interviews, and anecdotes, author Freya Williams identifies six common denominators from these companies, setting forth a sustainability blueprint anyone can follow.

John Elkington has been described as the “Godfather of Sustainability”, and has written 20 books on the subject. So it should come as no surprise that his book Green Swans: The Coming Boom in Regenerative Capitalism has received praise from Harvard Business Review and the United Nations Global Compact. Elkington’s manifesto is not exactly light reading, but great for business leaders who want to be prepared for the challenges of tomorrow.

The idea that companies can be both socially responsible and profitable is not exactly a new one. However, Grow the Pie: How Great Companies Deliver Both Purpose and Profit takes things a step further by laying out the evidence that socially responsible businesses generate higher long term profits than corporations focused solely on shareholder value. It then sets forth an actionable framework that companies can use to embed purpose into practice so it’s more than just a mission statement.

7. How to Avoid a Climate Disaster

Bill Gates has established himself as a fierce champion of sustainability. Most recently, the billionaire pledged $1.5 billion for climate change projects. As you might expect, his book How to Avoid a Climate Disaster approaches the climate crisis through the eyes of an engineer, exploring niche technologies like carbon-free cement manufacturing as well as more mainstream solutions.

Material Value: More Sustainable, Less Wasteful Manufacturing of Everything from Cell Phones to Cleaning Products is an essential reference for anyone in manufacturing. It reads more like a manual than a manifesto thanks to author Julia Goldstein’s straightforward, non-technical writing style. Readers will enjoy the clear explanations, personal stories, and interviews with inspiring business professionals.

Laura Calandrella is a leadership strategist and consultant who began her career as a conservation biologist. In Our Next Evolution: Transforming Collaborative Leadership to Shape Our Planet's Future, Calandrella offers a unique point of view on what it takes to effect lasting change within organizations — not only the technical challenges, but the people challenges as well. Our Next Evolution should be on any executive’s bookshelf.

Scale: The Universal Laws of Life, Growth, and Death in Organisms, Cities, and Companies is physicist Geoffrey West’s attempt to explain “the order of everything”. In it, he explores the laws of scale that govern the life cycle of everything from plants to animals to the cities we live in. Sustainability professionals will find West’s connections between biology and business particularly thought-provoking.

Published in 1962, Silent Spring documents the chilling effects of indiscriminate pesticide use. Critics called author Rachel Carson “unscientific” and even “hysterical”, but her work went on to inspire a movement that led to a nationwide ban on DDT and spurred the eventual creation of the U.S. Environmental Protection Agency. It has been named one of the 25 greatest science books of all time by the editors of Discover Magazine.

Like Silent Spring, Small Is Beautiful: A Study of Economics As If People Mattered is as relevant today as it was when it was first published in 1973. Drawing on his background in economics, E.F. Schumacher calls for the end of excessive consumption through a series of 21 essays like ‘'Insane Work Cannot Produce a Sane Society’ and 'Industry & Morals'. Small is Beautiful has been credited with inspiring the “Buy Locally” and “Fair Trade” movements.

These days, the sustainability movement is everywhere — from grocery store shelves to the buildings we live and work in. In Sustainability: A History, Jeremy L. Caradonna dives into the history of sustainability from the 1600s to the present day. It’s a fascinating look at the challenges and conditions that led to sustainability as we know it today.

14. The Ecology of Commerce

“While much of our current environmental policy seeks a balance between the needs of business and the needs of the environment, common sense says there is only one critical balance and one set of needs: the dynamic, ever-changing interplay of the forces of life,” argues Paul Hawken in the introduction to his book. The Ecology of Commerce: A Declaration of Sustainability explores this balance deeply by envisioning a restorative (rather than destructive) economy that brings together ecology and commerce in one sustainable system.

15.  The Evolution of a Corporate Idealist

The Evolution of a Corporate Idealist: When Girl Meets Oil chronicles author Christine Bader’s experience at BP, and later with the United Nations, pushing for more responsible and sustainable practices from the world’s biggest companies. It’s an inspiring narrative that captures the trials, frustrations, and achievements of those who work in the CSR field.

16. The Future We Choose

Two of the foremost voices in the climate crisis, Christina Figueres and Tom Rivett-Carnac led negotiations for the United Nations during the Paris Agreement. In their book, The Future We Choose: The Stubborn Optimist’s Guide to the Climate Crisis, Figueres and Rivett-Carnac outline two possible scenarios for our planet: one if we fail to reach the Paris Agreement target, and one if we achieve net zero. There is also a chapter called “Doing What is Necessary” which proposes ten concrete actions we can each take to meet this global challenge.

The Grid: The Fraying Wires Between Americans and Our Energy Future tells the story of what has been called “the largest machine in the world”: America’s power grid. It’s an enlightening look at how the grid developed, its flaws, and the challenges of adapting it meet 21st century needs. The Grid is a must-read for sustainability professionals in the energy sector.

As the title implies, The Sixth Extinction: An Unnatural History is an unsettling look at climate change and the threat posed by human behavior. The book argues that earth is in the middle of a man-made sixth mass extinction through the stories of extinct or endangered species like the Panamian golden frog, staghorn coral, the great auk, and the Sumatran rhino. Author Elizabeth Kolbert received a Putlizer Prize for the book in 2015.

Hope Jahren is an award-winning scientist and best-selling author of Lab Girl. The Story of More is Jahren’s open letter to humanity, sharing both the science and her personal thoughts on how we got to climate change and where to go from here. At just 210 pages, The Story of More is a powerful short read — but it’s Jahren’s brilliant conversational writing style that really makes this book shine.

The Uninhabitable Earth: Life After Warming is a terrifying look at the consequences of global warming, from famine to climate wars to economic collapse. It’s a fervent call to climate action that The Washington Post dubbed “this generation’s Silent Spring”. A word of warning: Don’t read this book right before you go to bed.

If you enjoyed Cradle to Cradle, you’ll want to check out The Upcycle. In their highly anticipated follow-up to Cradle to Cradle, William McDonough and Michael Braungart envision the next step in our ecological future: one where instead of reusing and recycling more effectively, we actually improve the environment.

There Is No Planet B: A Handbook for the Make or Break Years attempts to answer the questions, ‘How can we avoid climate disaster?” and “What should we do first?”. Originally published in 2019, it has been updated in light of the pandemic and growing concerns about global warming. Brimming with facts, There is No Planet B provides a big picture perspective as well as practical ideas for anyone interested in protecting our planet.

In This Changes Everything: Capitalism vs. The Climate, journalist Naomi Klein explores the political ideology and special interests clouding the climate change debate. The book was named a New York Times Book Review 100 Notable Books of the Year, and inspired a documentary by the same name.

Written by none other than Bill Nye, Unstoppable: Harnessing Science to Change the World brings the Science Guy’s characteristic humor and unwavering optimism to the challenge of climate change. It’s an inspiring book that will leave you feeling hopeful and ready for action.

25. Wisdom for a Livable Planet

Wisdom for a Livable Planet is a look at critical environmental issues through the lens of eight visionaries who have dedicated their lives to improving the environment. One reviewer said, “If you want to get energized to fight for the environment, you will find it within the pages of this book,” and we couldn’t agree more.

Which sustainability books would you add to the list? Tell us in the comments below, and we might include it in our next review!