8 Corporate Sustainability Examples From Companies That Are Doing It Right 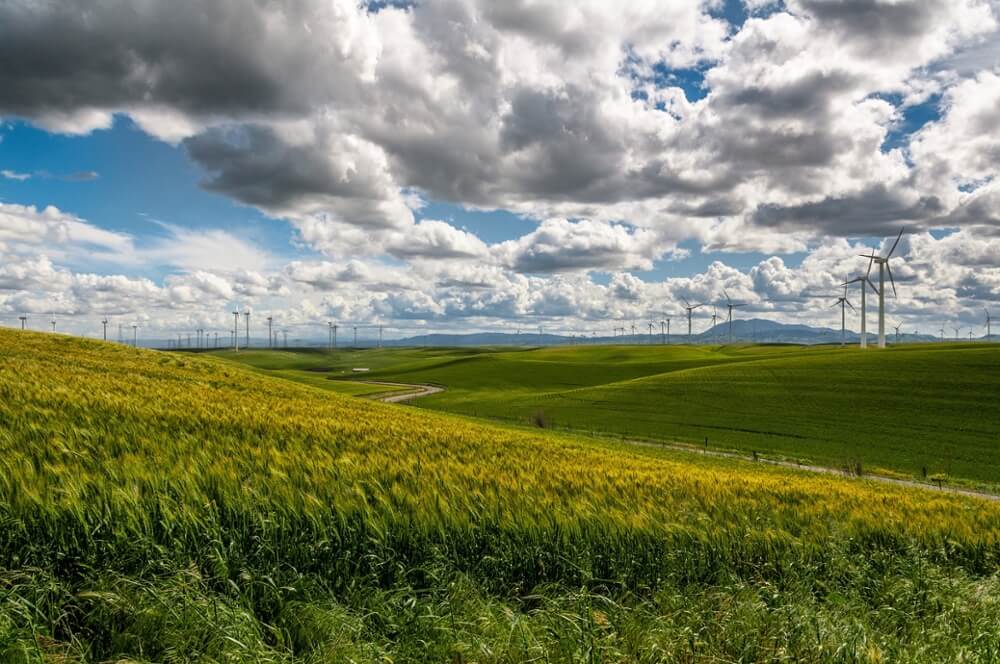 How do you get better at corporate sustainability?

You identify the top performers and learn from them. By observing what makes them so successful, you can use it to make your organization successful too.

The list ranks corporations based on 21 KPIs including resource management, employee management, financial management, supplier performance, and “clean revenue” — the percentage of revenue a company generates through sustainable products.

The ranking, compiled by sustainability-focused media and investment research firm Corporate Knights, started with over 7,500 publicly-listed companies with a gross revenue of at least $1B.

Below, we’ll look at corporate sustainability examples from the top 8 companies on the list.

Chr. Hansen Holding is not exactly a household name — yet the bioscience firm plays a major role in the most of the food we eat. In fact, every second cheese in the world contains at least one of their natural ingredients.

The company — which develops and produces cultures, enzymes, probiotics and natural colors for foods, confectionery, beverages, dietary supplements and even animal feed — has focused their sustainability efforts on contributing to the United Nations’ Sustainable Development Goals (SDGs).

As a result, 82% of the company’s revenue contributes to targets like increasing food yields, reducing food waste and phasing out antibiotics in animal production.

Kering SA is best known for the fashion brands it owns — including Gucci, Saint Laurent, and Alexander McQueen.

While the fashion industry is plagued by environmental and human rights issues, Kering has distinguished itself by sourcing more than 40% of its products from certified sustainable sources — and is always looking for ways to increase that number.

What’s more, nearly 60% of the company’s board is comprised of women — more than triple the average for global companies according to the MSCI All Country World Index (ACWI).

Neste Corporation is an oil refining and marketing company based in Finland (and one of seven Finnish companies on the global 100).

You might be surprised to see a petroleum company listed among the world’s most sustainable companies, since oil and gas production is a major source of greenhouse gas (GHG) emissions.

Neste, however, has invested heavily in the development of products like renewable biofuels. Today, 25% of the company’s revenue comes from refining biofuels, and it aims to increase that to 50% by 2020.

The brand was ranked #4 on the list because a high percentage of its revenues come from clean products and services. So how has the company transformed itself from a coal- and gas-intensive utility to a global green energy company?

Ørsted has invested heavily in renewable energy, becoming the global leader in offshore wind. Over the past decade, the company has reduced its carbon emissions from energy production by 67%. It has also reduced the carbon intensity of its power and heat generation by more than two-thirds since 2006, and is on track to meet its target of >95% green energy by 2023.

GlaxoSmithKline is one of the world’s largest pharmaceutical companies, producing drugs and vaccines that improve the health of millions of people around the world.

The company recognizes that operating sustainably is vital to ensure their ongoing success and ability to deliver on their mission.

GlaxoSmithKline’s efforts include using their technology to fight infectious diseases, reach underserved people in developing countries, and improve healthcare access. The company has also committed to reduce their impact by one quarter by 2030 by using renewable energy, reducing water usage, and repurposing waste for beneficial use.

As a result, nearly 60% of the company’s revenue is considered “clean revenue”. The company also scored high on gender diversity, with 42% of the board comprised of women.

Prologis is a global leader in logistics real estate and the only real estate investment trust on this year’s Global 100 list.

The brand does corporate sustainability right by by providing energy efficient buildings, going above and beyond existing standards for sustainable development, and even engaging suppliers in their sustainability efforts.

Umicore, a materials technology company headquartered in Brussels, secured a position at #7 on the Global 100 and #1 globally among companies that produce or transform metals.

The company, which traditionally focused on mining and smelting, now generates most of its revenues from clean technologies like recycling precious and other metals, emission control catalysts, and materials for electric vehicle batteries.

At #8 on the Global 100 list, Banco de Brasil is the most sustainable bank in the world. Why?

The bank has invested heavily in sustainability through its green loan programs. Green loans are loans that allow companies to finance initiatives that have a clear environmental impact. For example, green loans can be used to build environmentally-friendly buildings, complete renewable energy projects, or implement energy efficiency measures.

Banco de Brasil’s $50B green loan book accounts for nearly one third of its total loan book — by far the highest percentage for any bank.

Which of these corporate sustainability examples resonate with you the most? What other companies have influenced your sustainability strategy? Tell us in the comments below.