Environmental Justice: What It is, And Why Everyone’s Talking About It 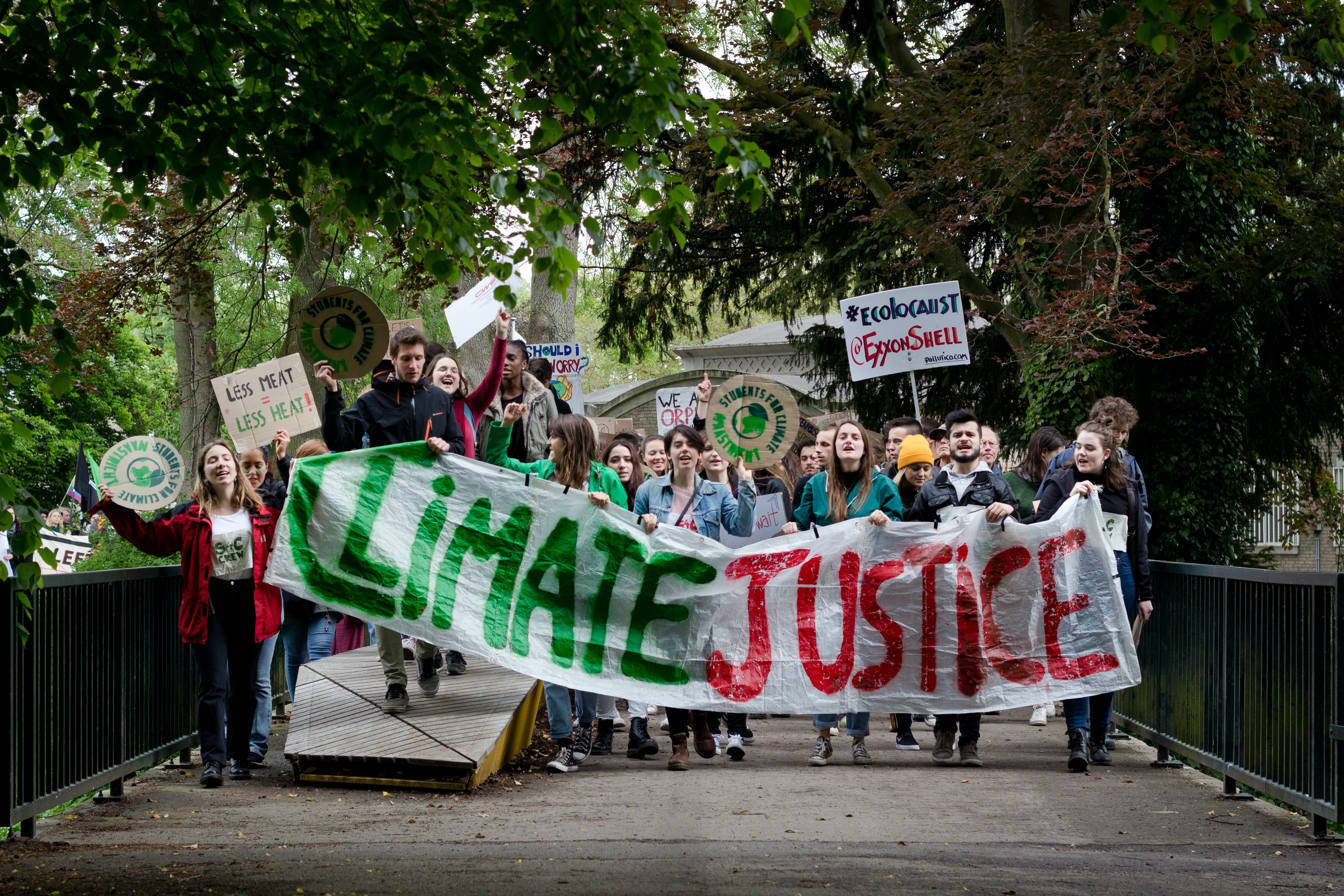 Just a few short years ago, terms like “ESG” and “environmental justice” didn’t exist in the popular consciousness. Now they are an important and growing priority for citizens and corporations around the world.

What is environmental justice?

The U.S. Environmental Protection Agency (EPA) defines environmental justice as “the fair treatment and meaningful involvement of all people regardless of race, color, national origin, or income with respect to the development, implementation and enforcement of environmental laws, regulations and policies”. In simple terms, environmental justice is the idea that everyone deserves a clean and healthy community and planet. It may also be referred to as climate justice.

Why is environmental justice important?

Environmental justice is important because it seeks to remedy the disproportionate environmental impacts faced by poor and marginalized communities. These impacts can be the result of climate change, pollution, resource extraction, and other activities.

For example, think about where factories, slaughterhouses, and hazardous waste sites are usually located. They are often built in minority and low-income neighborhoods, where land is cheap and there is less political opposition to unwanted facilities. This means that the poor and people of color are exposed to more environmental hazards like air pollution. Workers in these facilities may also be disproportionately affected by environmental hazards.

Another example is the practice of sending broken electronics, old batteries, and other hazardous waste to foreign countries for disposal. While these countries are paid to take the waste, it also means that workers and local citizens in the receiving countries are exposed to harmful materials. Policies that regulate waste disposal in wealthy countries can unfortunately incentivize this practice of shipping dangerous materials overseas to poorer nations that lack the same regulations. The goal of environmental justice is to right these wrongs and protect vulnerable communities like these from further harm.

Both environmental and social justice emphasize the idea of fairness. They both say that benefits and burdens should be shared across all people equally regardless of race, nationality, gender, or income.

Environmental and social justice may be different, but they are closely intertwined. Take farming, for example. Chemical fertilizers used in farming help food crops grow bigger and faster, but excessive use can cause environmental problems like health hazards for workers, soil degradation, and water pollution in rural areas. Farm workers are also frequently subject to dangerous working conditions and receive some of the lowest wages in the country.

Examples of environmental justice in action

Many businesses are taking steps to advance environmental justice in their operations and supply chains, so let’s go over three real-world examples below.

If you’re a coffee drinker, then you might have noticed the rising price of your morning latte. As global temperatures increase and extreme weather events like hurricanes and droughts become more common, climate change threatens to make coffee even more expensive. But for the 12.5 million small farmers that produce 60% of the world’s coffee, a warming climate threatens their entire livelihood.

This is one of the reasons why Starbucks has committed to become a resource positive company, meaning that it will store more carbon than it emits, replenish more water than it uses, and eliminate waste.

Starbucks also shared that it will work to further reduce its carbon footprint in coffee, while introducing farm-level water-saving projects and advancing farmer livelihoods through its Coffee and Farmer Equity (C.A.F.E.) Practices. 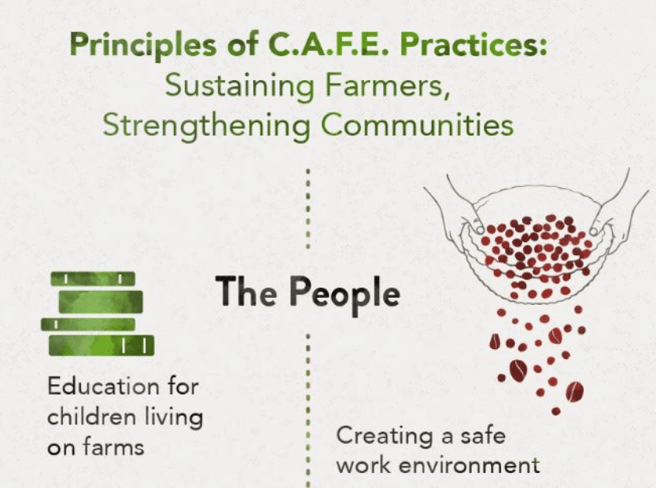 Like Starbucks, Ben & Jerry's depends on farmers to stay in business, and it recognizes that these farmers are especially vulnerable to the effects of climate change.

According to WWF, millions of farmers worldwide tend approximately 270 million dairy cows. These cows produce milk needed to make, among other things, ice cream. But they also produce a significant amount of methane, a greenhouse gas that contributes to global warming.

At the same time, the crops these cows depend on for food are susceptible to droughts and extreme weather created by climate change. It’s a vicious cycle — one that Ben & Jerry’s hopes to break by helping farmers adopt more sustainable agricultural practices that reduce emissions and improve soil health.

But it’s not just dairy farmers who are affected by climate change: Farmers who produce flavorings such as sugar, cocoa, and vanilla are also impacted. Smallholder farmers, in particular, are struggling to adapt to the unpredictable weather patterns and global market disruptions brought on by climate change,” says Ben & Jerry’s.

The ice cream company is supporting smallholder farmers with an additional social premium on top of the purchase price of their crop. Farmers can use this extra sum of money to invest in projects of their choice that improve their communities and build climate resilience. 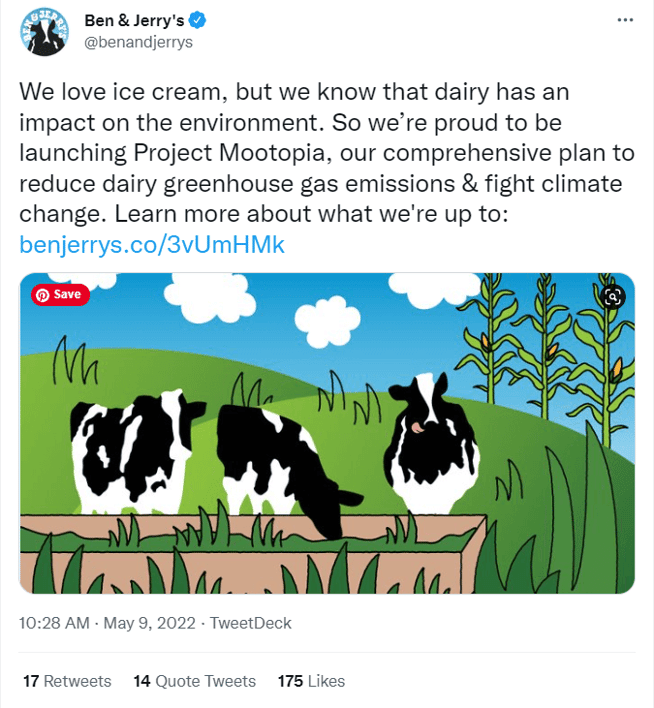 Climate change impacts us all. But for younger people and future generations, the effects could be particularly brutal.  Under the current climate scenario, a baby born today will face seven times as many heatwaves and three times as many floods and crop failures as their grandparents.

Knowing this, Seventh Generation aims to “transform the world into a healthier, more equitable world for the next seven generations”. This means, among other things, ensuring clean air and a healthy life. “A switch to 100% renewable energy will help reduce some of the negative health effects caused by climate change and the burning of fossil fuels,” the green cleaning brand explains.

Not only is Seventh Generation switching to clean energy, it is also fighting for climate justice by getting cities around the US to commit to 100% renewable and encouraging individual voters to vote for candidates who support climate action. 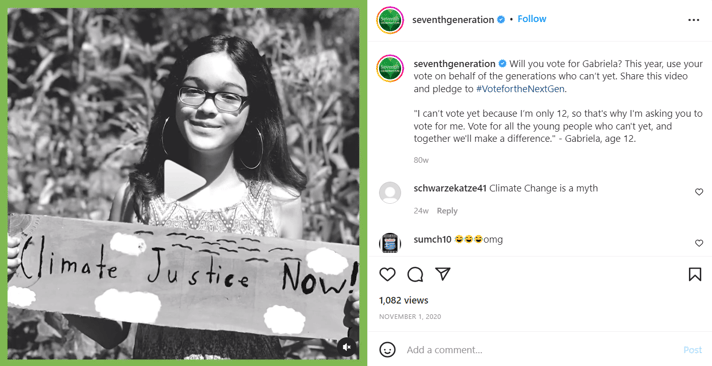 Environmental justice is here to stay